Nowadays, medical science needs to be more innovation-driven and personalized than ever. That’s why microfluidics play a critical role in researching new therapeutic approaches. CETONI has a clear mission: with innovative solutions, we not only empower our customers to be part of the development process, we even allow them to take charge.

Unlike conventional methods, individualized medicine focuses on humans instead of diseases. The primary goal is patient-oriented interventions without time loss or side effects. The establishment of in-vitro assays, as a first step toward authoritative effectiveness tests, has paved the way for developing personalized therapies in a way that is sensible and available to the masses.

Conventional processes are reaching their limits

Cell cultivation is usually done in standardized cell culture flasks in a regulated CO2 environment. The enclosed incubation unit maintains a constant temperature, high humidity and sterility. But there is a problem caused by spatial separation between cell cultures and the analysis unit, which makes it impossible to arrive at a holistic conclusion about the real-time physiological process inside the cells. Microfluidic systems, on the other hand, are perfectly suited to the simultaneous analysis of different test substances. Therefore, the development of an automated cell culture for the purpose of reducing costs and time-consuming tasks, as well as the real-time observation of cells, becomes very interesting, particularly with respect to developing personalized therapies.

After a short implementation phase, the miniaturization of laboratory processes, from standardized in-vitro assays in well designs to lab-on-a-chip systems, becomes extremely lucrative in terms of time and cost-savings. Due to the reduced analysis areas inside the chip, the required samples are very small. This technology offers new possibilities, particularly when it comes to cell cultivation. These systems can not only automate cell seeding and supply nutrients to the cell culture. They also allow for toxic stimulation of cells in real time. Since the cell culture areas are very small, only a small number of cells are needed, which can be analyzed in real time, while ensuring a controlled supply of cells through an automatic pump and supply system with a heating unit. In addition, the pump system allows for automated cultivation.

The potential of scaling microfluidic cell cultivation is enormous

The parallelization of microfluidic channel structures makes it possible to do high-throughput screening with large numbers of samples, while simultaneously running several independent assays in real time.

In recent years, the implementation of conventional in-vitro tests into LoC-systems revolutionized the era of bio micro system technology and changed it fundamentally. The repertoire of established test systems ranges from simple microfluidic cell models for the creation of various cell structures (2D, 3D, spheroids) to cellular perfusion models, to the mimicry of biological structures and the testing of different substances on realistic cell models. The establishment of a sophisticated culture for the creation of realistic tissue functions for in-vitro testing of medication, for example, makes it possible to very easily run effectiveness tests that are very close to reality.

The future of individualized medicine, pharmacology and toxicology

A LoC is a valuable basis for the development of patient-related therapies for individualized medicine, pharmacology and toxicology. As a result, the combination of two-dimensional cell cultures and LoC-systems draws a rapidly increasing interest from the pharmaceutical industry and medical research.

The central issue regarding the realization of successful lab-on-a-chip processes is the use of highly accurate and pulsation-free dosing systems, to ensure the exact dosing of pharmacological substances for effectiveness testing, while keeping shear stress on the cells to a minimum. CETONI’s extremely compact dosing systems were designed specifically with these challenges in mind. They make it possible to create highly precise and continuous fluid streams, thanks to the sophisticated interaction of high-precision pumps, conti-flow valves and intelligent software. Moreover, various detection and analysis systems can be connected very easily. 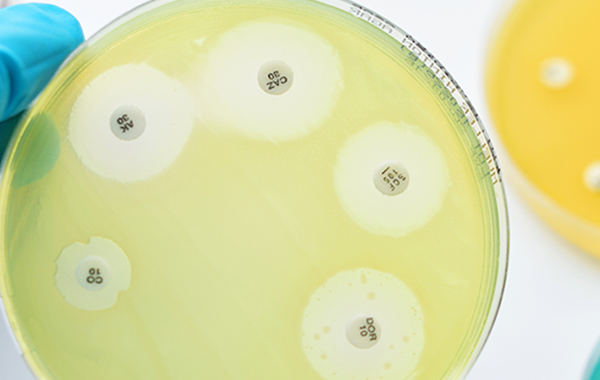 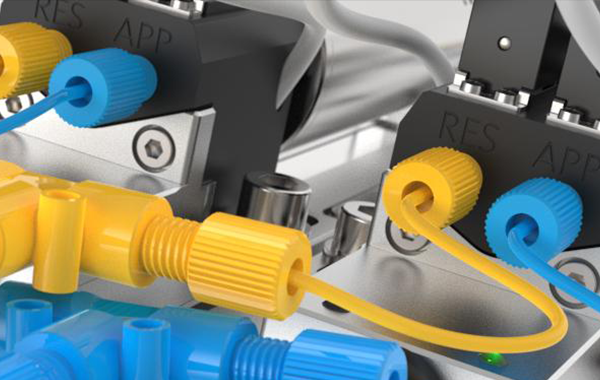 Continuous and pulsation-free dosing with a syringe pump

Microorganisms in the compartmentalized flow – or: “What is the cell doing in the droplet?”